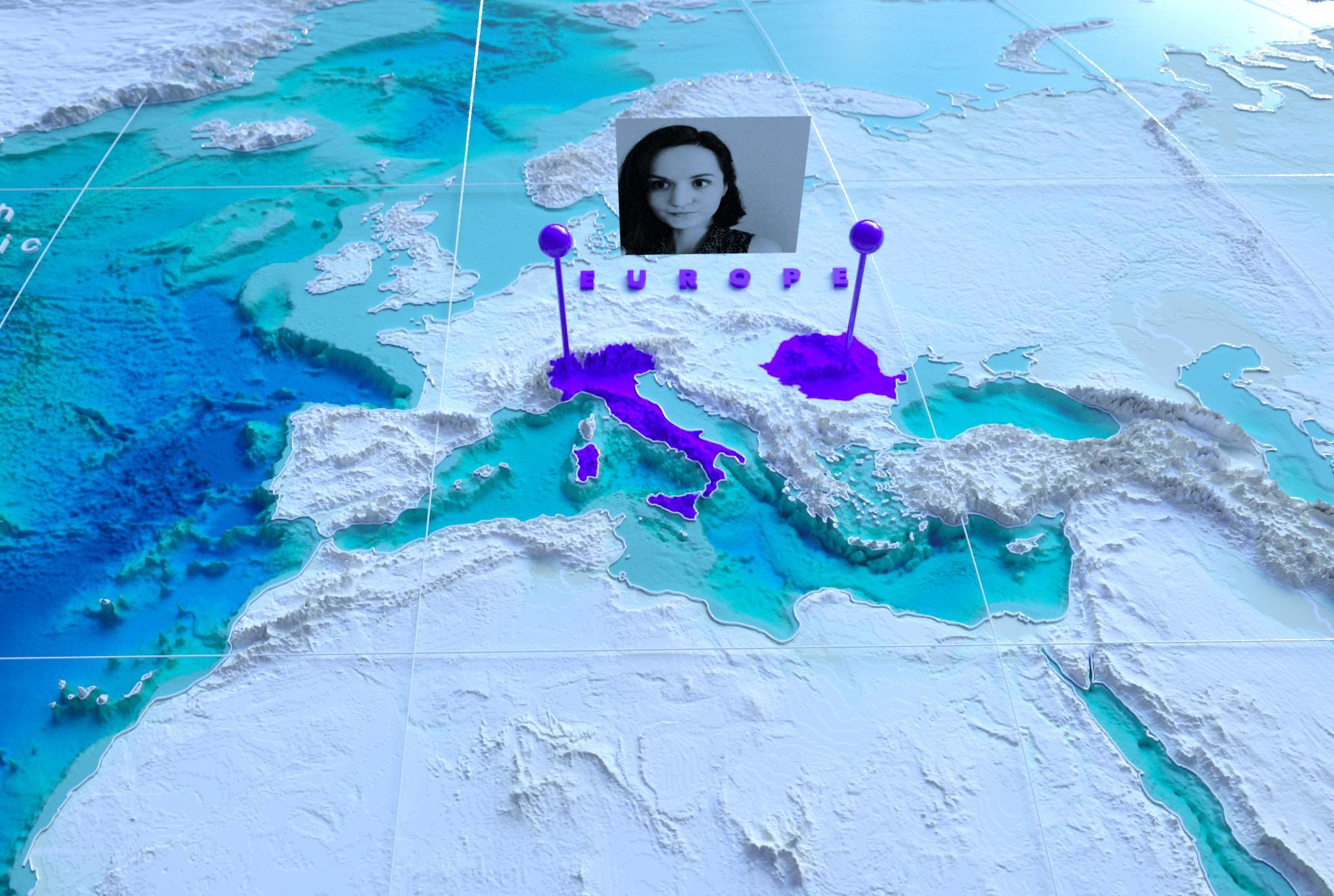 From an unexpected course in statistics at university, to delivering large scale projects to clients like Google and Apple – Gabriela Codreanu’s story of following your interests wherever they lead you. Gabriela Codreanu is a Product Manager at Ito World, where she coordinates the delivery of transit data to a variety of Ito World’s customers, including Google and Apple Maps. The role is a varied and exciting one, combining project management of sales and operations teams with customer and internal facing meetings, where Gabriela ensures that all technical details and processes are on track to be delivered to the client.

Gabriela was not always in a customer facing role, and in fact first joined Ito World as a data analyst. After joining client meetings and interacting more and more with the customers, she realised this was an area she’d like to try her hand at, and so made the jump to customer delivery. Solving problems is her favourite part of the role – whether from a lack of communication or attention to detail, it’s Gabriela’s job to catch any hiccups before the solution is in the client’s hands, and fit all the moving pieces of the puzzle together.

As part of the 25% of Ito World employees who are women, Gabriela is part of a growing group of women in tech and transport businesses that are mission driven – helping to create inclusive solutions for all users of public transport. As a transit data company, Ito World operates in an industry traditionally dominated by men (crossing tech, data and transport).

Gabriela has shared her story as part of #ItoWomen, an initiative to showcase the career paths and stories of women across its teams, to inspire more women to move into STEM-based careers, and to promote a more balanced and inclusive workforce.

Going into data analysis was not in Gabriela’s original plan when she started university. After growing up in Romania, moving to Italy at age ten, then later to Germany for a master’s degree, Gabriela is no stranger to change. Up until then, her university studies had been largely humanities based, but after a master’s in political science exposed her to statistics and quantative data, Gabriela became interested in data analysis.

“When I was in school, I never did very well in the science subjects, and so STEM jobs weren’t something that was marketed to me. It was my own interest in statistics that led to my job now, and if I hadn’t discovered that interest, I wouldn’t be working at Ito World now. While it is important work that Ito is doing, I don’t think it falls only on businesses to effect change. The root cause of the lack of representation of women in STEM is the educational system. If we want more women in the tech industry, we need to invest in those skills in schools – it doesn’t need to be forced on people, it’s about making people aware that a wide range of jobs exist in STEM beyond the stereotypes, just like my role now.”

Ito World was Gabriela’s first job, and she was drawn to the company because of its mission, and the positive impacts Ito World’s products and solutions have on the environment and people’s daily lives. The culture at Ito was also a huge selling point, when the tech landscape can sometimes seem like an intimidating “sea of white men”.

“What appealed to me most about Ito World is that you can talk to anyone about anything, and people are always willing to lend a hand if you need help or are interested in learning something new. Not being boxed into a specific area or discipline meant that while I enjoy data analysis, I was able to try my hand at customer delivery and get more involved in the client side of the job and expand on my skills. When you are enthusiastic and engaged with your job, your chances of staying in it and doing well are immensely increased, and that’s something that Ito does really well.”

Gabriela represents a new cohort of STEM professionals – aware of the challenges that still exist and the hurdles women before them have had to jump. But also, confident and capable in their own skills and interests, and passionate about making a difference to the tech industry and the wider world.