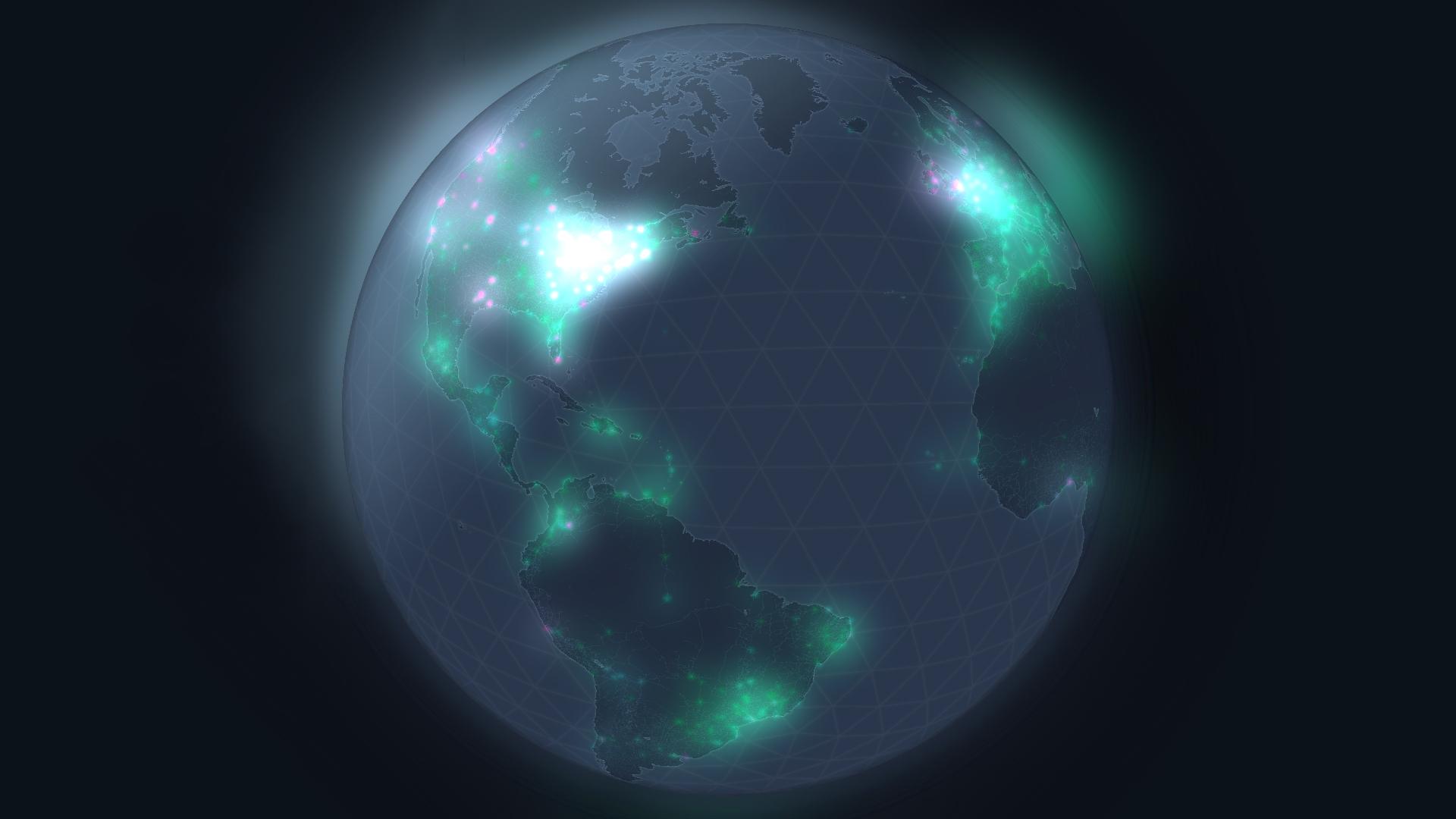 Techstars is a global network built for entrepreneurs, which includes accelerators, startup programs and venture capital. The organisation boasts a community of over 1.3 million people connected throughout the world, and has programs in over 600 cities and 120 countries, spanning 6 continents.

Having seen impressive growth over the past 10 years, Techstars wanted to visualise their incredible success on a global scale, starting from their first accelerator in Boulder, Colorado, and showing the expanding network of programs across the world, bolstered with the growing accumulation of investors and startup weekend attendees.

The Ito Design Lab developed a visualisation to demonstrate the scale and reach of the Techstars network with the understanding that it was important to show both the capital deployed and the number of event attendees over time with accumulating totals being displayed throughout as dynamic metrics.

A key message was to highlight Techstars as a worldwide network that helps entrepreneurs succeed. As such the Ito Design Lab developed a new and exciting visualisation style that encompassed this worldwide reach on a spinning globe with a gentle heat map building up as both attendees and investment grew.

Using the worldwide coverage of Techstars data, Ito World created a stunning visualisation that demonstrates the impact Techstars has had globally over the last 10 years. Eye-catching ripples are used to represent events in the data on a stylised globe whilst an audio narrator guides the viewer through the history of Techstars.

It was important to show the relationship between investment and attendees and therefore Ito World decided to bolster the ripple effect by creating two harmonious heat maps, growing in size and intensity over the 10 year period.

With such huge totals in both attendees and investment, Ito World decided to augment the visualisation with accumulating metrics, allowing the viewer to experience a deeper insight into the data behind the map.

Ultimately, Ito World were able to help Techstars clearly convey the positive influence they have had globally, as well as the enormous opportunities they have given to startup companies all over the world.

The video was used at presentations and events, and shown on their website as well as other online media.

“We knew Ito World’s reputation of bringing data to life through their innovative approach to data visualisation, and thought it fitting to commission a video that beautifully illustrates our international growth over the past decade. We’re using it extensively to promote our events and investment programs around the world. We’re delighted with the result!” – David Cohen, CEO Techstars